I have always been in a place of extreme privilege in my life, as I rarely get ostracized for who I am. As a young white, straight Jewish guy in high school, I feel that my privilege is the result of my race, class, gender, and sexuality, and even my cultural religious background.

However, I feel like as I am becoming a man in this world, I am losing the comfort of being a boy. When you are a boy, you are a kid, and a kid can be silly and express themselves without judgment. When I got to high school, I could no longer be a boy, as the judgment of my peers surrounded me. Even if it was indirect, I began to realize that dancing in the halls was not something people should see or else my sexuality would get questioned. It struck me as bizarre that you could be comfortable in yourself your entire life and then some boys call you gay and that changes how you act completely?

It is also not right that the word “gay” can still be so incredibly hurtful to straight boys. Gay. My best friend in the entire world is gay, but if I get called “gay,” my somehow “normal” masculinity is shot. It doesn’t make sense that in the late 2010s that word still had such negative connotations when a fourteen year old boy used it as an insult. It frustrates me that it gives straight boys so much power to use that word to inflict harm on both other straight boys as well as gay boys. In any other context, it wouldn’t affect me so hard, but to hear someone I know say that about me behind my back is still stunning.

It’s bizarre that I can remember exactly when and why I last cried. The three most recent times were during my aunt’s funeral, the day she died, and when I knew she was going to die; all of those instances seem like acceptable times to cry. She truly was one of the most special people in my life. She was like my second grandmother.

The fourth most recent time I cried was when I was watching the movie The Lobster. In the movie, the main character’s brother gets turned into a dog for the rest of his life, because he doesn’t find anyone to love. The main character’s love interest kills his dog (brother) by kicking him to death. The emotions I released while watching this scene were baffling. I was watching the movie with my parents and as soon as I became emotional, I told them that I was too tired to finish watching the film, so I went to my room with an intense anger and sadness in my heart. I hate seeing animals get killed in movies, but the stuff that I was dealing with through Covid really brought me to a full sob triggered by a scene in a movie. These suppressed emotions had to be expressed and they came out because of a dog that really did not die in a movie.

I guess one of the reasons that I really lost control of my emotions was the thought of never being truly loved and then getting beaten to death brought something up inside me that I really didn’t like about myself. I didn’t want my parents to know that I was upset and that the movie had evoked so much anger that was building up inside me. Why would she do that? I kept thinking to myself. In that moment, I remember I felt like a little kid, like when your parents yell at you and you get really upset and you kind of pretend to yell, like a muted aaaaaaaah! Those emotions that I felt in that moment made me so embarrassed at myself for crying and getting so worked up over a movie. Even writing this I realize that I diminished the feelings to ones a little kid would have. My real point is that I shouldn’t have only cried six times in the course of the last three years.

The inability of men and boys to express their emotions is a problem that roots back to a system which was created by men and boys. This paradox falls under a sexist and homophobic patriarchy that intentionally tries to silence people who aren’t cis white straight men. The system clearly targets and treats marginalized communities much worse than white men and boys, but it is important to look at how patriarchal systems affects us as well. 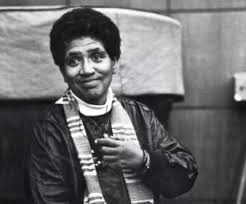 This idea also applies to boys and men. Boys and men have been desensitized and taught to not feel anything until real problems occur, such as anxiety, depression, and outbursts of anger. Historically, boys are taught not to cry, which can lead to serious mental health issues. The stigma that has been created around boys and men crying is something truly detrimental to the state of mental health in our society, because emotions that get pushed down and are often never expressed and contribute to individuals becoming unhealthy and dysfunctional.

In fact, white cis white men are among the highest demographic of national depression rates in our country. However, this data is limiting, misleading, and extremely frustrating, because it does not take into account and seems to intentionally silence those who are women, queer, and people of color. We need to establish holistic and inclusive ways to destroy the notion that boys don’t cry, because it is truly harmful for our society. Furthermore, this change cannot be determined by “bro-ey douches” that make fun of people for being gay in high school.

What we have learned and discussed in class has in no way led me to the conclusion that boys and men have it worse off due to the learned and expected suppression of our emotions, but rather, similar to Lorde’s ideas, the entire system for defining human need must be altered. I feel fortunate to have listened and taken in the theory and real world experiences through what we have learned about in this intersectional feminism class. A moment that really put these ideas into perspective for me was when it became clear that the things we were learning about in class are present in our school community, which were highlighted in previous feminism assemblies that this class has held in past years.

One feminism assembly that stayed with me happened in the fall of 2018 and it featured boys calling themselves out, taking responsibility, and holding themselves accountable for having sent sexist texts to one another. The discussions that followed allowed me to realize that these concepts are not just “content” for a class that I am taking, but actual experiences that happen at my school and beyond.

The discussion about toxic masculinity has also been followed up in the feminism club, which I also joined this senior year of high school. Through this class and the club, I have been able to observe the ways that theory and practice translate into a real world school environment. I have been able to witness real change happening as people express their frustrations about systemic oppression at school. This year, the feminism club has been a place where students’ thoughts and ideas thrive and have stimulated ways that students want to change our school for the better.

Being in touch with the emotions that individuals are having within the school building inspires expression of opinion and critique that range from anger and resentment to laughter and joy which lead to institutional changes that need to be made in order to create a better, safer, more respectful environment for everyone.

I have not experienced other spaces like this within our school. Our feminism class and club are safe spaces that allow diverse groups of people who are saying similar yet very different things to come together and try to enact true change and common understanding within our school building and beyond. This experience has enacted and enlightened me to understand that the process of hearing, understanding, and responding to collective perspectives, and more importantly learning about the feelings felt by different groups of people, systemically contributes to becoming a holistic and inclusive community. This is so much more important than being led by the sole ideas of one individual or defined by a similar group of individuals who buy into sexism, racism, homophobia, and transphobia. I am continuing to learn and grow and feel.