There is a very clear connection between young children being pushed into having “crushes” and the pressures that young adults feel about hook-up culture. We have been taught that genuine connection is not a priority. These influences come from the media but also from our families and friends.

We have grown up with hook-up culture and normalized having people we don’t even know see the most intimate aspects of ourselves on social media. There is a famous quote from a recent show called Euphoria that describes pop-culture and Gen-Z, which jokingly states, “I know your generation relied on flowers and father’s permission, but it’s 2019.”  In other words, our parents grew up passing notes in class that said, “yes, no, or maybe” on squares with dotted thin lines that read “PROM?,” while we grew up with “truth or dare” snap chats; “sends nudes (devil emoji)”; and last but not least, “u up, wanna pu” (you up, want to pull up?) texts. We live and are expected to live our lives between the boundary lines of Hot Girl Summer and being considered standoffish or rude.

We are expected to live our lives as an oxymoron. 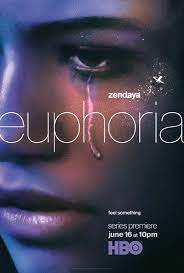 At the high school level, intimacy has been reworked into social climbing. We follow each other on social media and claim to really know each other, when we have actually completely lost touch with our emotional intelligence and have become desensitized to each other’s needs. Instead, hook-up culture has turned into a way to brand yourself.

We can even see this in our introductions to each other. It’s extremely common that while introducing a new person to another, people will include their list of hook-ups within their description in order to validate their status. We collect the names of people we have hooked-up with in our notes app on our phones in order to reference as our credentials. It is an expectation to continue this pattern of hooking up with people and to continue to hook up with more people while receiving absolutely nothing from these exchanges. It’s important to note that hook-up culture usually doesn’t lead to mutual satisfaction. So why do we continue to participate in hook-up culture if it doesn’t benefit each person, especially girls?

Well, it’s due to the fact that we are pressured at a young age to meet teenage expectations, one of which is hooking up. Freshman year, we hear conversations in the hallways either shaming young girls for hooking up too early or shaming those who already have. While there is shame connected to hooking up with people, we still continue to allow it to be the expectation. Instead of creating heathy relationships with each other, we continue to live with this combination of sex-shaming and prude-shaming, or what is known as the virgin-whore dichotomy. These themes contribute to girls feeling that they are doing something wrong.

Personally, I have struggled with feeling like I’m warranting the criticisms people make about my participation in hook-up culture. For the longest time, I felt responsible for the things said about me because “my choices” led me to a place where people could comment on my life. I became sort of an anchor for other people’s sexual development, which led to even more negative comments about me. But the guys with whom I have hooked up never receive that treatment. While my peers gave me glares followed by whispers and questions about my hooking-up with certain individuals, guys would receive high-fives and congratulations of manhood. 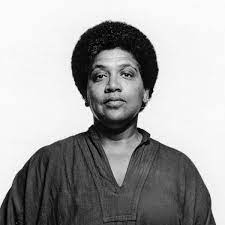